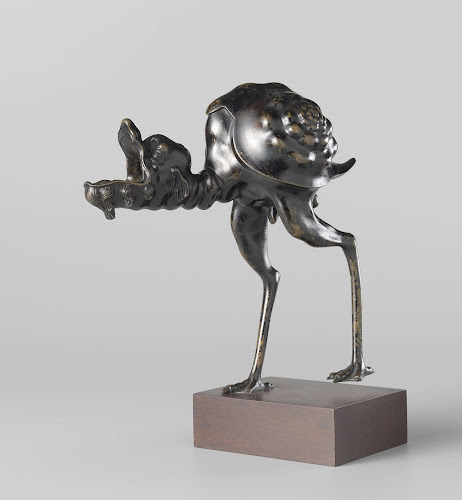 This text was originally published on Medium.

One dear professor of mine used to explain us the paradigm shifts in European philosophy as a change of priority between 3 key points. In the antique world, the Greeks were fascinated by the quest of defining the being. What is the essence of anything that exists? The main figure and the one that managed to conjure the best angles of attack to this problem was Plato. During the 18th century, the focus was on the issue of knowledge. How is it possible to get to know any truth about the world around us? There was again a bright mind that managed to emphasise many facets of this complex endeavour and we know him by the name of Kant. Nowadays the problem of communication becomes the main attractor for philosophers and exploring the issues of identity and language are the hottest topics, according to my professor.

Even if we agree or not to this preamble, this is the philosophical backbone for the train of thoughts that I would like to share. And it has more to do with the future of technology than with the European philosophy. A few years ago I started to pay attention to the basic structures of the contemporary digital technologies from the perspective of digital archiving. What is a document and how the relationship between support and content is evolving was one of my interest. Browsing trough different topics, more or less related to this, I stumbled upon this new network protocol called IPv6. I know what IPv4 is as much as any digital literate should know, mainly that is what makes the internet go round. So to me, at first, IPv6 seemed to be just a solution to a shortage of addresses, much in the spirit of the Y2K solution to the shortage of digits. But reading a bit more about it I realised that this protocol is a huge earthquake. If you could bare with me the following paragraphs I will try to explain, as a neophyte, why.

First of all the abundance of IPv6 addresses seems to be infinite. Ok, not quite, infinite, but huge enough not to worry that we humans could ever used them all. This means that we don’t have to worry about static or dynamic IP in the foreseeable future. I can only draw the conclusion that IPv6 will be a kingdom of fixed IPs for anything that can be connected. Why should you recycle any address if there are so many? The impact might be bigger than we could imagine, especially if we relate this to the possibilities of connecting to networks. The much prophetised internet of objects just found the richest soil to grow on to it. Any object that will have a processor and a piece of hardware that allows it to communicate to a network might receive an IPv6 address for ever and thus will become an entity with a very precise identity.

We can imagine now that there will be plenty of “smart” objects with this very precise identity and the possibility to connect and communicate trough networks. This means that we are witnessing the birth of a new era of a Network that is not human centric, but one in which the machines are having conversation parallels to those that we are having. Is not that this is not happening right now, but the scale at which this will happen in the future will be of a magnitude of several orders. And you know you have a paradigm shift when you have a difference of magnitude of at least 10^3. In order to backup this affirmation, please consider this: is not that there weren’t smart(touch screen) phones before the iPhone, but only after their numbers went from several hundred of thousands to several hundred of millions that we saw the mobile revolution. So is not that there aren’t now smart objects communicating among themselves independent of any human supervision, but only after we will see a sudden and huge increase of their numbers that we will perceive the paradigm shift.

Another interesting possibility would be to enable IPv6 for software, not only for hardware. We could imagine an IPv6 address attached to a file, and instead of using a MAC address as part of the IPv6 we could use its checksum. This means that a file could be located not by its location on a server, but by it’s own personal “name”. It’s like giving a mobile phone to a file, instead of communicating to it only to a fixed telephone line that is at a precise location. The implications could be bigger than I can imagine.

All those ideas are in the zeitgeist right now, there is nothing new about them. But it is worth emphasising that we are at the edge of a new era. Objects with a precise identity and the ability to communicate are not only a technical possibility and a philosophical challenge, but also a very fertile kick to the imagination. We can only speculate what new research fields might bloom, like “smart objects sociology” where Ph.D. students might try to decipher the social structure of the household equipment. “Hardware psychoanalysis” might be dedicated to inquiring the implications of a subtile error in encrypting the passwords due to a motherboard and if it is intentional or not. And we could only fantasise how a Facebook for coffee machines might look like.